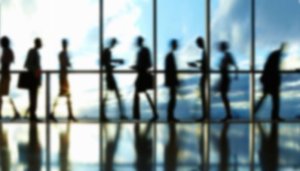 Are you disturbed? Need not be…

December 12th, 2014 Posted by admin Psychotherapy 0 comments on “Are you disturbed? Need not be…”

Today morning at 7:30 am I had to drop my niece at her school as the driver had not turned up. On the way I noticed everyone terribly busy and agitated.
I was particularly drawn to a person who was carrying his two little children to school. The motorbike he was riding stopped on the road and he was not able to start it and so had to push it. One of the children nonchalantly started pushing the bike along with his dad to offer help and the other child carried his brother’s bag so that he need not have a weight on his shoulder while pushing. All along, the children were smiling and seeming to be happy while their father was frowning and feeling stressed and disturbed.

This made me ask the question as to

If it was the former, then his children should also have been stressed.

If children can deal with difficult situations so dispassionately, why do we, when we grow up to become adults behave differently? Very often than not, it is not the bad boss or the temper of our spouse that disturbs us, but the inability to handle the disturbance caused by the temper that cases the problem.

This brings us to the concept of Rational Emotive Behavior Therapy (REBT) which was propounded by American psychologist Albert Ellis and the principle of stoicism. An important part of Stoicism is to remind ourselves at all times of what we can control and what we cannot. We cannot control geopolitics, we cannot control the weather, we cannot control the economy, we cannot control other people, we cannot even control our own bodies, not entirely anyway. The world is beyond our control. It’s a rough and unpredictable environment that is constantly changing. The only thing we can really control are our own thoughts and beliefs. If we remind ourselves of that, and focus our energy and attention on our own beliefs and opinions, then we can learn to cope wisely with whatever the world throws at us.

In REBT, clients usually learn and begin to apply this premise by learning the A-B-C-model of psychological disturbance and change. The A-B-C model states that it normally is not merely an A, adversity (or activating event) that contributes to disturbed and dysfunctional emotional and behavioral Cs, consequences, but what people B, believe about the A, adversity. A, adversity can be either an external situation or a thought or other kind of internal event, and it can refer to an event in the past, present, or future. REBT is an action-oriented psychotherapy that teaches individuals to identify, challenge, and replace their self-defeating thoughts and beliefs with healthier thoughts that promote emotional well-being and goal achievement.