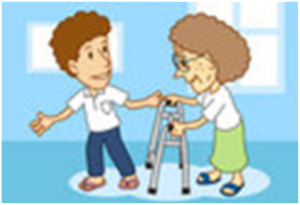 Alzheimer’s disease (AD) is becoming one of the dreaded health conditions to watch out for in old age, as more and more elderly people are seemingly falling victim to it.

Most of us may have come across or heard about instances of some elderly people having a tendency to walk out of the gate and then being found roaming aimlessly, by their anxious relatives or care givers. Patients suffering from Alzheimer’s, which is a form of dementia marked predominantly by a loss of memory, may also exhibit other symptoms like impaired judgement, agitation and mood swings, etc. What essentially happens is that the brain of patients with Alzheimer’s disease shows the build-up of a plaque of the protein amyloid-β(Aβ).

It’s not uncommon these days to find people avoid eating some of the delectable dishes made with coconut such as chutneys and kormas, borne out of a fear that it would result in increased ‘bad’ cholesterol levels. While we are shouting ourselves hoarse about the ill-effects of cholesterol, it’s important to be aware of some very pertinent facts in this context. People are actually taking statins to keep their cholesterol levels under check.

– The brain represents only 2% of the body’s total mass, but contains 25% of the total cholesterol.

– Cholesterol is required everywhere in the brain as an antioxidant, an electrical insulator as a structural scaffold for the neural network, and a functional component of all membranes.

– Cholesterol is also utilized in the wrapping and synaptic delivery of the neurotransmitters.

– It also plays an important role in the formation and functioning of synapses in the brain.

Several studies have shown that there is a deficiency of cholesterol in the brains of Alzheimer’s patients which is so vital for several functions, and the same has been noted in Parkinson’s disease as well. It is interesting to note that there’s a positive correlation of high cholesterol levels with longevity in people in the 85+ age group, and in some cases also correlates with better memory and reduced dementia.

In a recent (2012) study when the statins were stopped for about 6 weeks, the basic brain function of the patients actually improved! When the drugs were restarted, brain function got worse again. This gives rise to the pertinent question that if cholesterol-lowering drugs are actually causing AD, how will pharma companies develop drugs to cure Alzheimer’s?

Many people having Alzheimer’s and Pakinson’s have reported to have benefited immensely by taking a few teaspoons of coconut oil daily. Many patients with AD in the US and elsewhere, are reportedly seeing a huge improvement, and in some cases a full reversal, of the disease after starting with coconut oil.

Considering that the drugs prescribed for Alzheimer’s drugs have not been very effective so far, this remedy may be considered as an alternative.

The Failure of Big Pharma in Treating Alzheimer’s Disease: http://healthimpactnews.com/2014/new-alzheimers-drugs-continue-to-fail-where-coconut-oil-shines/

Relation between high-density lipoprotein cholesterol and survival to age 85 years in men (from the VA normative aging study: http://www.ncbi.nlm.nih.gov/pubmed/21296318