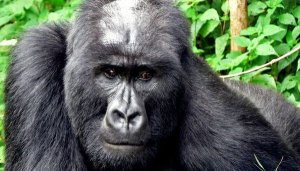 December 12th, 2014 Posted by admin Spiritual Health 0 comments on “Are we humans…Forget it!”

I was watching the documentary program “Planet of the Apes” on the National Geographic Wild Channel and something struck me to ask the question “Are we any different from these apes?”

In the documentary it shows a fight between two brothers and the politics that they play to become the ruler of their tribe. When the ruler develops mange (a class of skin diseases caused by parasitic mites) his younger brother takes the opportunity to display his power and stake his claim to the throne. He then becomes the rule of the tribe and this fight has been going on in the animal kingdom from time immemorial. That begs another question; “Are we as human beings also not in the same boat?” This applies to both our personal and professional lives. Once a person wields power, he or she becomes a completely different individual. The saying that “Power corrupts” and “Politics is the last resort for a criminal mind” is so very true. We as humans are all animals who breathe and play politics. This is also true of nations wherein the most powerful in terms of military and economic might control the others.

We are not yet human! Are we? Why has the human race come to this level? Why are we so naive that after so many centuries we still behave like animals?

This leads us to explore the concept of the sixth sense, which many researchers and others have indicated is what separates us from animals. What is it? Nobody seems to have a clear answer. We all know that the five senses are sight, hearing, touch, smell and taste. The sixth sense is another term for extrasensory perception. Extrasensory perception (ESP) would involve the reception of information not gained through the recognized senses and not internally originated. Some call it intuition, or hunch. For example if something bad were to happen we in certain situations seem to know about it before hand. it’s possible that the study of the sixth sense will revolutionize our understanding of causality and have radically new applications. For example, in an article co-titled ‘Exploring an Outrageous Hypothesis,’ psychologist William Braud, Ph.D., Professor and Research Director at the Institute of Transpersonal Psychology and Co-Director of the Institute’s William James Center for Consciousness Studies, discusses the concept of “retroactive intentional influence” as applied to healing. He poses the idea that in cases where serious illnesses disappear virtually overnight, perhaps a healer went back in time to jump start the healing process. A lot of people also believe that natural navigation ability is connected to a ‘sixth sense’.

Some associate the sixth sense with spirituality; and this is where I completely agree. The sixth sense is sacred energy; it is a cosmic state of inner knowing. We seek the sixth sense to make a connection with our inner self and eternal life within. Developing the sixth sense takes discipline and dedication which we have forgotten or rarely use. It can be used to:

Wake up courage and discipline

Increase your state of awareness

Give you a more profound sense of self

That’s the reason for the journey in this lifetime.

In short, we are spiritual beings undergoing a human existence who are born with virtues such as truth, love, compassion and empathy and want to disown fear, jealousy and hatred. Otherwise, we were, we are and will always remain as apes and chimps!!!