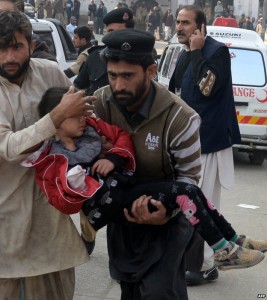 The world has entered its most turbulent phase now with more and more terrorist groups on the prowl! As a psychotherapist, I have been reading many articles and papers on the subject and there are differing views as to why people resort to terrorism.It goes on to state that these people are victims of various mental disorders. They are mostly psychopaths and a combination of political and group dynamics are at play. Some of the universal psychological principles—such as our subconscious fear of death, heightened ego defense mechanisms, our desire for meaning and personal significance—may help to explain some aspects of terrorist actions.

Several important insights have been revealed though interviews with some 60 former terrorists, conducted by psychologist John Horgan, PhD, who directs the Pennsylvania State University’s International Center for the Study of Terrorism. Horgan found that people who are more open to terrorist recruitment and radicalization tend to:

While the ‘why people become terrorists’ has been researched, finding solutions to the same is not going to be easy. The problem is more profound than we thought and needs to be addressed holistically and with a long term perspective in mind. I would dare to say that like all the other problems in this world this would also fade away eventually. However, are we equipped to bear the huge costs that need to be borne before this happens and the impact it would have on society at large?

Today, terrorism is tackled using the ‘Broken Window Theory’ (http://en.wikipedia.org/wiki/Broken_windows_theory) of law enforcement as well as gathering/sharing intelligence on the ground. Will this approach suffice to deal with such a mammoth problem which has now spread its tentacles globally?

Steven D. Levitt in his book ‘Freakonomics’ established the positive correlation between legalizing abortion and crime rate reduction. The argument starts off by pointing out the startling decline in the crime rate in major American cities in the mid-1990’s, which was a mystery. No one predicted it. Everyone thought that high crime rates were a permanent feature of urban life. The standard arguments to explain why crime rates declined were a booming economy, decline in the crack trade, innovative policing strategies, tougher gun laws and the aging of the population. Putting more law enforcement officers on the streets, they say, which was a feature in major cities all over the country in the early 1990’s, played a huge role in crime reduction. Another reason cited, were the soaring numbers of erring young men who were incarcerated, in the same period. But neither of those two factors sufficiently explained the magnitude of the crime drop. There had to be something else—and the candidate for the missing explanation was the legalization of abortion.

When you look at the falling crime rates, the reductions in violent behavior was mostly observed in the generation after the legalization of abortion. Women undergo abortions for many a good reason: because they can’t afford to have a child, the child is a product of an illegitimate relationship, parents not ready for parenthood or live in an environment where it is hard to raise children. An unwanted child has a higher chance, when he or she grows up, of becoming a criminal. Legalised abortion prevented the births of a large number of undesired children, thus lowering the crime rate. Levitt makes it clear that he’s not passing a judgment on this controversial issue. He is not pro-abortion, as a result of his observation. More importantly, he does not stress on the fact that the decline in crime rate in major American cities happened solely because of abortion. He feels that abortion is simply one of several factors—albeit a significant one along with the ‘Broken Window Theory’ that helped the drop in crime rates.

The Broken Window Theory along with more intelligence gathering and death sentencing has not helped fight the menace of terrorism for the last 10 years. In fact, it has only helped swell it even further as can be seen by the numbers.

Psychologist Tom Pyszczynski, PhD, of the University of Colorado at Colorado Springs has conducted preliminary research programs that involve de-radicalization. These include the following:

Some of these efforts have already shown promise. For example, Egypt’s largest radical Islamic group, Al-Gama’a al-Islamiyya, renounced bloodshed in 2003, the result of a deal brokered by a Muslim attorney between the group and the Egyptian government, and a program where Muslim scholars debated with imprisoned group leaders about the true meaning of Islam. As a result, the leaders wrote 25 volumes arguing in favor of nonviolence, and the group has perpetrated no new terrorist acts, since. A second major Egyptian group, Al Jihad, renounced violence based on a similar program. However the results are few and far between.

Is a new freakonomics or freakology theory going to provide the solution? And, will this automatically result in a drop in terrorism? It will be a whodunit till it happens…

Please do write in your comments.